skip to main | skip to sidebar

4 Peru Souvenier Ideas To Delight Your Friends and Family 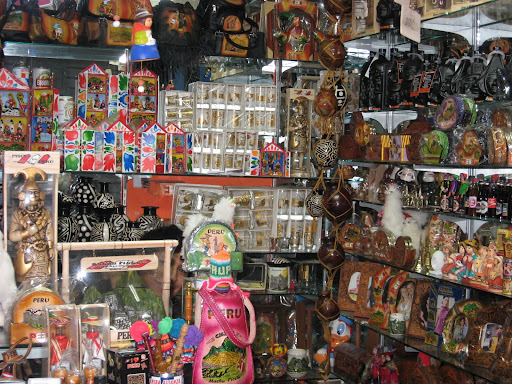 A Peru vacation may seem like a nice time, but really it's a high pressure situation. Waiting for you back at home are your loved ones; you know if you return empty-handed you'll be confronted by ill-concealed looks of disappointment. Friends and family need souvenirs. Fact. But they don't just want something to put down amongst all the other foreign trinkets that they've been given, they are after something special. Something that they proudly show every time they invite guests over.

You're in luck; Peru has some incredible treasures waiting to be plundered, and you can take heart that your approach will be much nicer than the Spanish 500 years ago. Here are some of your options for impressive Peru souvenirs to delight your friends and family.

Peru pottery souvenirs
One of the most popular products in the world of crafts is pottery. Pottery is the main activity of Quinua, a town that is found 25 miles from Ayacucho. The uniqueness of these works is in the quality of the red and cream colored clay that makes for highly expressive pieces. The best-known pieces are small churches, houses, chapels and bulls called the Toro de Quinua. You can also find pieces that are figures of peasant farmers or have a variety of religious themes.

The 'Chulucana' pieces of the northern jungles by the Arabelas communities are created using particular methods such as beating the clay with a paddle that give it a special appeal. They make heavy use of the black color in their jars and also create characters such as dancers and magicians as well as animals that come alive in the hand-worked clay.

Another area of Peru that is famous for its pottery is Puno, known for its pottery bull figures (toritos de Pucara). The figures were originally used during cattle branding ceremonies as a ritual element, a flask that was used by the high priest to drink a special mixture made with the blood of the cattle. Churches, country chapels and homes are also feature items made by the potters of Puno, and pieces feature images of dancers, musicians and various types of flora and fauna from the area of Lake Titicaca.

Peru stone carving souvenirs
Materials found in Puno such as basalt, granite and andesite are used for stone carvings as well as a white alabaster more commonly called Piedra de Huamanga which is found in Ayacucho. A shortage of marble and porcelain caused the birth of the Huamanga stone carvings in colonial times. At that time, the carvings were mostly of the infant Christ and other religious themes but later on, artisans found the stone to be an excellent material for carving and started creating other religious motifs as well as Nativity scenes. Figures that are rougher in nature are carved primarily as souvenirs for visitors.

Peru mask souvenirs
Masks can be purchased from the southern Andes where they are created and are used in conjunction with a dancer’ s costume. They are used primarily during festivals and depict angels, demons, Spaniards and various kinds of animals. Plaster, leather, wood, wire sheeting and tin make up the materials of masks and are as varied as their place of origin.

Peru wood carving souvenirs
The town of Molinos near Huancayo is one of the Peru’ s current wood carving centers. The primary products include utensils, decorative pieces and toys as well as animals such as dusks, horses, roosters, lions and a variety of mythical beasts.

Bring back one of these from your Peru vacation, and you'll be greeted with squeals of delight. Happy hunting!